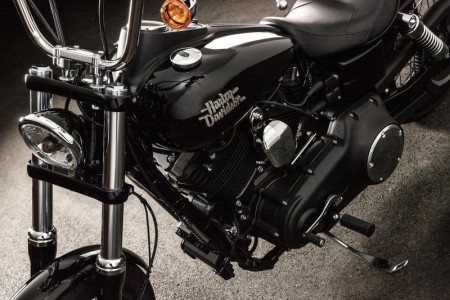 The year 2017 was rough for many people and brands, and Harley-Davidson was no exception. Sales dipped both in the United States and worldwide, and shipments were down to a six-year low. Something had to change, and 2018 has brought about big changes to new Harley models, with hopes of attracting new riders and keeping existing riders on their Harleys even longer.

The Merger of Dyna and Softail Lines

The beloved Dyna line of bikes are gone, but they’re not forgotten. Instead, some of the bestselling Dyna bikes have merged with the old, popular Softail line of cruisers. The new Softail models have properties of both the old Dyna and the old Softail cruisers. While the “rubber soul” that so many Dyna lovers cherished is gone, the new Harley models offer perhaps an even better ride, with an entirely new design using advanced technology.

The company understands that many Harley-Davidson purists are unhappy about the new family of bikes, but bets that they will love the transition as soon as they start riding. The Softail family now includes the Fat Boy, Heritage Classic, Low Rider, Softail Slim, Deluxe, Breakout, Fat Bob, and Street Bob, which were previously Dyna bikes.

Improved Features for a Better Ride

These Softails have a stronger chassis that’s stiffer and lighter than on previous models, an upgraded adjustable suspension, and a weight up to 35 pounds less than previous models. All of the Softail bikes have new fuel tanks, and they all come equipped with bigger engines for more power. Most models use the Milwaukee-Eight 107 V-twin engine, and the Fat Bob, Fat Boy, Heritage Classic, and Breakout use the larger Milwaukee-Eight 114 engine. Every model comes equipped with upgraded LED headlights, USB ports, and keyless entry as standard.

These new Harley models start at $14,999 from Town & Country Sports Center in Cement City. Stop by our showroom for a test drive and some Harley apparel and accessories. View our online inventory or give us a call at 517-547-3333 to learn more about the new 2018 Harley-Davidson models!